3 MINING TRAGEDIES THAT COULD HAVE BEEN AVOIDED The news hits us like a slap in the face. Yet another mining disaster. Even more tragic, we learn later that many of these were preventable. If only.

Let’s study three of these to learn how to prevent similar catastrophes on our watch.

1. The Pike River Coal Mine Disaster On 19 November 2010, 29 New Zealand miners lost their lives in an incident triggered by a methane explosion. Poor ventilation, it turned out, was the catalyst that allowed that gas to seep in. In an interview with Stuff.co.nz, mining historian Gerry Morris explains why industry professionals could have prevented this tragedy.

With the shift came more lax regulations, in particular, those that specified strict ventilation standards. Mines—like Pike River—took advantage of those loosened guidelines to get back the money they invested in development. Morris points out, “If they had…people like the old regime of inspectors…you wouldn’t think the mine would be allowed to operate with these sort of gas issues.” 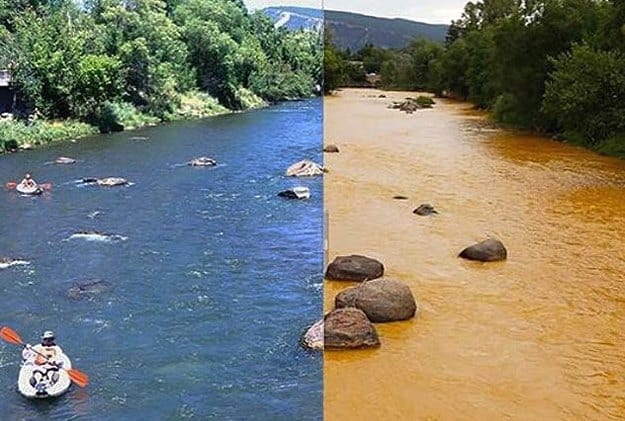 On the other side of the globe, in an abandoned gold mine in the western United States, a slew of water that contained heavy metals and other dangerous chemicals, overflowed retention ponds. The infected water “transform[ed] parts of the Animas River into a poisonous orange stream,” according to the L.A. Times’ William Yardley, in his exposé of the August 5, 2015, disaster.

In this case too, the responsibility rested with government regulators as well as the mine’s administrators. The U.S. Environmental Protection Agency (EPA), was the agency in charge of remediating the mine. Investigations show they failed to estimate the level of water in a sealed mine pool, causing the breach that gave rise to the incident. Had the agency drilled into the pool to measure its level of water, it would have detected the threat and revised its plans to open the mine.

Again, fuzzy regulations are to blame. The investigation uncovered that although drilling into the pool was possible, the EPA guidelines did not require it. This lead to the re-mediators forgoing drilling in favour of a less costly alternative. On May 13, 2014, a mining disaster at the Soma Coal Mine near Manisa, Turkey claimed 301 miners’ lives. According to an investigation by the district prosecutor’s office, this tragedy was also preventable. This is noted in an Anadolu Agency article dated 22 September of the same year.

In this case, according to the Anadolu Agency, defective gas readings, ineffective communication, and above all, not enough escape routes, led to the huge number of deaths that occurred in this incident.

The incident began when a fire erupted in a pile of coal. When the carbon monoxide from this fire came into contact with air, the blaze spread – destroying wooden supports, electrical cables, and pipes in its wake. Furthermore, when personnel tried to put out the fire, the water reacted with other components to form more carbon monoxide. According to the autopsy, this was the main cause of the miners’ deaths.

A 2009 report from the mine’s former owners gave detailed information about the danger of both fires and flooding. Its current owners, in fact, knew about this report, yet did nothing to amend the situation.

Additionally, the company’s own gas-detecting devices gave adequate warning back in January 2014; yet again, the company’s officials chose to ignore the evidence. Not only did they ignore the danger signs, but they also cancelled the planned construction of more escape routes.

There’s more. The company failed to improve the mine’s ventilation system, despite the fact that they had doubled their workforce and their production. They failed to check the miners’ gas masks, took only random readings, and ignored signs that showed a discrepancy between gas sensor reports and the company’s gas monitoring equipment. The infrastructure—the fuel that caused the fire to spiral out of control, was not even fire rated, according to the report.

The prosecutor’s report further alleged that the company did not provide communication devices in good working order and lacked an adequate alarm system. Though the company began a vocational training course, it failed to complete it.

The National Mine Safety Framework (NMSF) has set in motion a plan to implement mining industry standards nationwide. Together with their recommendations, we can reduce our chance of preventable tragedies by using common-sense safety measures such as these:

Compulsory training programmes: Both workers and mining professionals need comprehensive safety training, according to The Balance’s Philippe Dozolme. With everyone aware of industry safety standards, industry professionals will be less likely to ignore them.

Simulation exercises: With today’s technology, mining companies can construct simulations that create possible disaster scenarios. Armed with that information, the companies can correct the conditions that might cause an accident.

For almost three decades, Bend-Tech has provided custom safety solutions to the mining industry. Handrails for mining vehicles, modular work platforms, and other safety systems that strengthen a mine’s infrastructure, have kept disaster at bay for many Australian mines. To discover more about how Bend-Tech can help your mining company avoid tragic incidents, contact us today for a consultation.

Next Post PROVIDING SAFETY TO MINERS - A RICH HISTORY